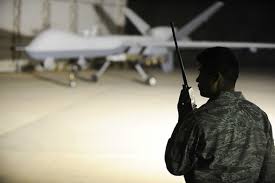 The first drone strikes launched under the Trump administration over the weekend killed three alleged al Qaeda militants in Yemen, according to local security and tribal officials, like reported by freebeacon.com .

U.S. intelligence officials estimated as many as 117 civilians were killed by drone strikes in the region under the Obama administration. Trump has pledged to continue the program.