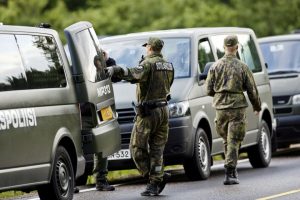 The Finnish Security Intelligence Service (Supo) raised its threat level on Wednesday, saying it had become aware of more serious terrorism-related projects and plans in Finland, like reported by reuters.com.

“The most significant terrorist threat in Finland is still posed by individual actors or small groups motivated by radical Islamist propaganda or terrorist organizations encouraging them”, Supo said in a statement after raising the threat level to elevated from low.

The Nordic country has not witnessed attacks like other European countries, but Helsinki has grown more concerned after recent attacks in neighboring Sweden and Russia.

Supo said the elevated threat was posed particularly by foreign fighters who have left Finland to fight alongside Islamic state and who have gained significant positions within the organization.

“Links to the terrorist organization are more direct and serious than before… So far, we have not had to prevent a concrete attack,” Supo’s Director Antti Pelttari told reporters in a press conference.

According to the previous assessment, issued in November 2015, the threat of attacks by terrorist organizations was low.