You are here: Home / Europe / Finland to send soldiers to train Peshmerga 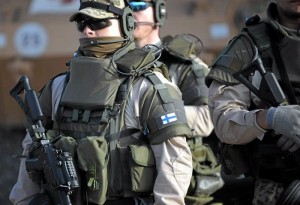 The Finnish trainers, which all have experience of operations in Afghanistan, Mali or Somalia, are to leave for the Kurdistan Region in northern Iraq in August this year, said Yle.

In order to protect against potential attacks, the Finnish soldiers leaving for Iraq will remain anonymous.

“Peacekeepers on this operation will not show their faces or reveal their names, or give statements to the media,” Hulkko was quoted as saying.

According to the Finnish Defence Force, Finland’s dispatch of trainers to the KRG is part of the training mission of Operation Inherent Resolve, an international operation launched in autumn 2014 to combat IS, based on a UN Security Council resolution.