You are here: Home / Europe / Finally the EU introduces laws to punish homegrown jihadis after hundreds of terror plots 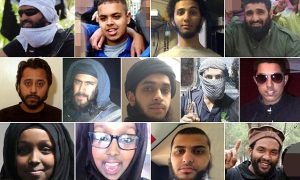 In 2015 alone 151 people died and over 360 were injured across six EU countries – and two years on – Brussels has come up with an answer.

New rules adopted by the Council of the EU’s Parliament will mean all member states have to criminalise certain acts, like reported by express.co.uk.

These include travelling to join a terror group, helping to organise travel for someone meeting a terror group, training to commit terror or raising funds for attackers.

Despite such acts being illegal already in some member states, including Britain, the EU is insisting bringing it into line will stop attacks.

UK terrorism laws currently state that belonging to any of the identified terrorist organisations, such as al-Qaeda or ISIS or the IRA, or appearing to support them, is illegal.

Five Syrian terror organisations, including ISIS, the al-Qaida affiliate behind the current insurgency in Iraq, were listed to be banned in Britain in 2014.

Three years ago the British Government recognised the threat posed by returning fighters – banning the groups to give them scope to charge members.

“With this agreement, the EU is now better equipped to meet the challenge of the evolving terrorist threat,” a statement said.

“Terrorism knows no borders, but the message is now clear: foreign fighters, whether they travel to, from or within the EU, will be stopped.

“But security without the respect of fundamental rights is unacceptable. That is why the new rules also strengthen victims’ rights and include clear safeguards to individual freedoms.”

The same report claimed the biggest threat to Europe is “returned foreign terrorist fighters” whose presence “results in acts of right-wing extremism”.

Each member state will have 18 months to implement the directive, designed to “strengthen and widen the scope of the existing legislation”.

Such rules have already been in place in the US for years, with prisons sentences for ‘intending to fight for ISIS’ stretching to 15 years.

The new directive also covers social media – stating the ‘glorification’ of terrorism, including sending and receiving images will be punishable by law.

“The offence of public provocation to commit a terrorist offence act comprises, inter alia, the glorification and justification of terrorism or the dissemination of messages or images online and offline, including those related to the victims of terrorism as a way to gather support for terrorist causes or seriously intimidating the population.”

Last year, Abdul Hamid, 31, from Barking, East London, was jailed for posting a video by ISIS on Facebook.

The directive also means victims will have more rights, including access of services providing medical and psycho-social treatments and assistance with compensation claims.

But the legislation does not online how foreign fighters will be identified, or how harsh sentencing should be.

“Penalties and sanctions should be provided for natural and legal persons being liable for such offences, which reflect the seriousness of such offences,” the report states.