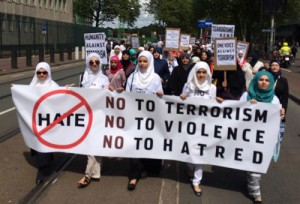 There have been insistent demands for the renewal of religious discourse in several Muslim countries, including Egypt, which is known as “the Mother of the World” and home to the Al-Azhar university, its highest religious authority.
Ever since the toppling of Egypt’s former Muslim Brotherhood-led government, which led to a surge in terrorist attacks and pro-Brotherhood propaganda campaigns, there has been much talk about the need for religious reforms, whether inside or outside Egypt. The discourse the Brotherhood, Al-Qaeda, or Daesh employ to recruit people is based on specific concepts that lost touch with reality a long time ago.
Although easier said than done, asking Al-Azhar scholars to reform and revolutionize the Islamist discourse, as Egyptian President Abdel-Fattah El-Sissi recently did, is not enough. The problem of religious discourse is too divergent and therefore solving it should involve several factors, most importantly addressing issues such as collective psyche and upbringing. The solution lies in revisiting the existing religious concepts and ideas. Similar attempts have been done by many of the great Muslim scholars in Iraq, Egypt and Andalusia.

It is understood that in such uncertain circumstances it is difficult to find the right point of departure for bringing about religious change and reform. Last week, Egypt’s Ministry of Religious Endowments ordered mosques to remove from their shelves books that encourage extremism, particularly those authored by Brotherhood leaders. According to the Egyptian daily newspaper Al-Masry Al-Youm, Minister of Religious Endowments Mohamed Mokhtar Gomaa has ordered the burning of all the books written by clerics who incite violence.
There is no doubt about the corruption of the Brotherhood’s ideology; however, does burning a few books constitute a real and effective solution? Those books must be available elsewhere outside Egypt and on the Internet. Moreover, some sides are spending millions on their publication. This is not to mention that thousands of the Brotherhood’s disciples reiterate their ideology in a way that makes it more attractive and appealing to a 21st-century audience, using state-of-the-art technology. Burning books cannot be the solution despite the fact that the close monitoring of mosques is among the duties of the ministries of religious endowments. However, governments should adopt a more comprehensive and sustainable plan that affects all aspects of life.
A few years ago, I asked an Arab information minister about the purpose of banning books, since they are available online. He answered: “We know those books are available online but by banning them we would be registering a position and sending a political message.”
What really need to be burned are the extremist ideas that control the public conscience, not mere words on paper.
Ibn Hazm, the Andalusian Imam, responded to the burning of his books by saying: Even if you burn the paper, you will not burn what the paper contains, for it is in my heart.
In fact, the problem is in what the hearts contain not what books say.