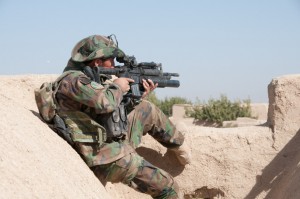 At least 59 people, including 22 security personnel, have been killed in the northern Badakhshan and Saripul provinces since Friday, officials said.

In its most violent offensive, the Taliban militants stormed the bases of Afghan forces in Jarm district of Badakhshan province on Friday and killed at least 22 security personnel, some of them beheaded.

“In the clash which happened in Khostak area of Jarm district on Friday and lasted for several hours, nine Afghan soldiers and three police had been killed and some 10 others were beheaded,” head of Badakhshan Provincial Council Abdullah Naji Nazari told Xinhua.

During the clash, 27 militants including some foreigners had been killed, the official said.

Meanwhile, the Taliban said in a statement that it killed and injured some 90 securing personnel in Khostak area of Jarm district, Badakhshan province, days ago.

The killing of security forces in Jarm district of Badakhshan province has prompted lawmakers to question the security officials about the attack.

According to parliamentarian Hajji Almas who lashed out at government for failure in Badakhshan, 62 security personnel, including army and police, had been killed in Jarm district of Badakhshan after nine hours of fighting but those at the helm of defense and interior ministries had done nothing.

Some of the lawmakers criticized the in-charges of security sectors and demanded their resignation and punishment.

“Units of security forces launched operations against Taliban militants in Qala-e-Sokhta area outside provincial capital of Saripul city on Friday evening and so far 10 rebels have been killed and five others injured,” Nazari told Xinhua.

Taliban militants had been evicted from 30 villages, the official said, adding the operations would last till the restoration of peace and stability in the area.