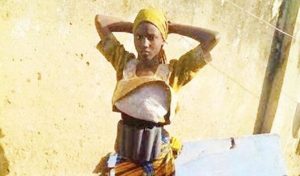 Three female suicide bombers blew up a mosque overnight in Niger’s southeastern city of Diffa, killing 10 worshippers who had gathered after the breaking their Ramadan fast, an army spokesman said according to reuters.com.

The area around Diffa, close to Lake Chad and the borders with Nigeria, Chad and Cameroon, has been plagued by two factions of militant group Boko Haram, which have been fighting to establish an Islamic state in the region.