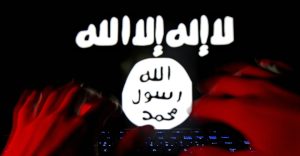 The most significant feature of our modern world is the large-scale popularization and application of the Internet, which has transformed our society and formed a substantial information society, like reported by moderndiplomacy.eu.

In the field of information and anti-terrorism, a major concern is the impact of the Internet. The Internet has accelerated the flow of information, and the boundary of truth and falsehood are at times, indistinguishable. At the same time, social conditions can be exaggerated online. Combined with the psychological activities and circumstances of the masses, it is extremely easy to create a larger scale of dissatisfaction which will, to a certain extent, lead to the collapse of the original social ideological and belief systems. The United States and Western countries ignoring the social and stage of countries and regions in the Mediterranean region, Africa, and the Middle East and Central Asian countries, blindly export their ideology, and driven by the amplification effect of the Internet, this process of collapse has been accelerated.

A terrorist organization such as ISIS has harnessed the great potentials offered by the Internet, and as such, it laid the foundation for the large-scale development of ISIS’s information warfare. First of all, the Islamic State has established a professional public relations organization, responsible for producing and disseminating content. ISIS has its homepage and accounts on major social networking sites, and even has multi-layered sub-accounts, thereby evading censorship. They launched DABIQ, an attractively designed online magazine with extremely provocative content, and developed a smartphone app called Dawn of Glad Tidings, focusing on the Western “high-end customer base” as their target group to inform them of the latest “news of jihad in real-time”. In addition, the Islamic State has also launched the online game, which creates scenarios for players to attack the U.S. military, police, and civilians, and rewards criminal acts and even terrorist attacks in the game.

Today, ISIS can be seen almost on all social media platforms and is accessible in Western countries. It has thousands of accounts on Twitter alone, including both organized public accounts and terrorist personal accounts. ISIS is proficient in the so-called “viral marketing” model in information warfare. Through the user’s network, the information spreads like a virus and spreads to thousands of audiences using rapid replication. The organizer clearly achieves the word-of-mouth “relationship marketing” by providing a certain product or service, allowing others to become “marketing and communication levers” inadvertently.

ISIS is often far more professional and sensitive than the government departments of various countries that hold the power of national governance. It has long been keenly aware of the evolution of political discourse from propaganda to information dissemination in contemporary society, and this trend is one of the keys that is enabling it to lead public opinion. Traditional propaganda methods such as sermons and speeches, obviously, lack interaction with the target audience. Therefore, ISIS encourages followers to use various websites as platforms to establish various forms of “self-media”. ISIS also cultivate Internet influencers to encourage netizens to create audio messages, videos and even websites. As ISIS cleverly hides its ambitions behind high-level productions and attractive propaganda, more and more people in the West, especially young people, have been successfully brainwashed, are actively participating in the dissemination of ISIS-related information, even going to the Middle East to become jihadists on the battlefield and gain the satisfaction of realizing their supposed self-worth.

This kind of information warfare was so successful that in 2016, the official website of Tsinghua University in China was hacked by ISIS hackers where ISIS recruitment advertisements were posted. In the United States, the Federal Bureau of Investigation (FBI) has found cases where teenagers as young as 15 years old were recruited by ISIS, and in some cases in the United States, parents even encouraged their children to participate in terrorist organizations. In fact, the information warfare of ISIS is very active and successful not only in Western countries but also in Turkey and Syria. As a result, ISIS has obtained the human resources of thousands of sacrificial young people.

The information society and the Internet have created a huge imbalance for the future world, making this world an unbalanced world and a world in transition. The formation of various transnational virtual organizations is now possible using simple network tools. This also means that terrorist organizations like ISIS cannot theoretically be eliminated at all. They can easily evolve into virtualized organizations that exist everywhere and can be found by search engines at any time due to the ubiquity of the information society and the Internet.

They will continue to grow, gain popularity, and evolve into a new type of network-based anti-government organization. Terrorist organizations of various types have shifted their focus from the real world to the virtual world, and then back again. This is the enormous governance challenge that the information society will undoubtedly face in the future.

Although ISIS faces restrictions as it is a terrorist organization, it has used the information society and the Internet to launch successful information warfare and has achieved remarkable results worldwide. In an age of information asymmetry, simple and easy network tools have made it possible to establish a variety of transnational virtual organizations. This will pose a huge governance challenge to the future information society.