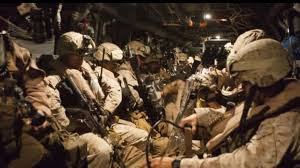 Alarmed by developments in Libya, the United States this week moved 200 troops to a base in Sicily so that they could respond more quickly if the U.S. needs to evacuate its embassy in Tripoli, two administration officials have told McClatchy.

The troop move is the latest acknowledgment from the Obama administration that three years after a NATO bombing campaign helped topple the government of Moammar Gadhafi, conditions in the oil-producing country are deteriorating and security concerns that previously were confined to Benghazi and Libya’s east have spread to Tripoli, the capital, and the country’s west.

Of special concern is that Islamist militias could easily close Tripoli’s airport, complicating any effort to evacuate U.S. diplomats if the situation deteriorates further. Militias also are in position to seize control of Libya’s other airports, including the one in Benghazi, where militants in 2012 attacked U.S. diplomatic facilities, killing four Americans including the ambassador, Christopher Stevens.

One senior diplomat in Tripoli said U.S. officials are living under severe security restrictions. “You have to have a new normal,” said the diplomat, who was not authorized to talk to the press and spoke on condition of anonymity. “We’re built to hunker down.”

The fluidity of the security situation in Tripoli played out again Friday, as Algeria reportedly sent in members of its special forces and a military plane to evacuate its ambassador and staff after militants threatened them.

Since the attacks on the U.S. outpost in Benghazi, there have been a number of kidnappings and assassinations of diplomats and other leaders in Tripoli, including the prime minister, Ali Zaidan, who subsequently resigned and fled the country. Key members of the government that replaced Zaidan’s, including the deputy intelligence chief, Mustafa Noah, have been kidnapped as well.

But the apparent impetus for the U.S. troop movement was the release this week of Jordan’s ambassador to Libya, Fawaz al-Itan, after 28 days as a hostage, possibly in exchange for Jordan’s release from jail of a top Libyan Islamist. Officials fear the deal might encourage more kidnappings.

How long the U.S. troops will remain in Sicily was unknown, but the security situation in Libya is unlikely to improve anytime soon.

The central government’s lack of control over its fragmented military was never more evident than on Friday, when fierce fighting gripped Benghazi after a key commander in the 2011 uprising, Gen. Khalifa Hifter, commandeered government troops and air power to attack Islamist militias. It was the worst fighting there in three years.

The central government said it had not authorized the attack by Hifter, who was a well-known commander during Libya’s incursion into neighboring Chad in the 1980s but left Libya and lived in northern Virginia for years before returning as the anti-Gadhafi rebellion gained momentum. Many expected him to assume command of a post-Gadhafi national army, though that appointment never took place.

Residents of Benghazi said that while they were uncertain they could trust Hifter, they welcomed anyone waging a serious campaign against the militias that control the city. At least nine government troops were killed and 43 others wounded in Friday’s fighting, during which Hifter’s forces captured the western entrance to the city from Ansar al Shariah, the largest militant group in Libya. Ansar al Shariah members are believed to have been responsible for the Sept. 11, 2012, attack that killed Stevens.

Mossam al Fitory, a 23-year-old activist and journalist based in Benghazi, said he welcomed Friday’s offensive, even as he acknowledged Hifter’s motives and agenda are unclear.

“Benghazi needs a strong hand to fight back against Ansar al Shariah. They are responsible for the instability,” Fitory said. “We are with anybody trying to secure Libya.”

Hours before Hifter’s campaign began, two special forces soldiers and an imam were assassinated in Benghazi.

Security in Libya has been deteriorating almost from the moment the rebellion against Gadhafi ended with the leader’s death in October 2011. The transitional government that had been located in Benghazi during the fighting announced it was moving to Tripoli, drawing the ire and suspicion of groups in Benghazi that feared a Tripoli-based government would attempt to control the east’s oil reserves as it had under Gadhafi.

By the time of Libya’s July 2012 parliamentary elections, the central government largely had lost control of the eastern part of the nation, home to the majority of Libya’s oil reserves. In the months since, the government also has lost sway in the west of the country.

This week, Secretary of State John Kerry said that the international community would soon take steps to help Libya’s weak central government assert its authority and “confront the threat from extremism.”

Those steps are expected to include the appointment of an internationally backed envoy who would work with Libya’s warring political factions to resolve their differences, particularly on Libya’s so-called political isolation law, which bans those who served in Gadhafi’s government from joining Libya’s new political process. The State Department is expected to name David Satterfield, the charge d’affaires at the U.S. Embassy in Egypt, to lead the U.S. portion of that effort, two administration sources told McClatchy.

“Libya is a country rich in resources, rich in people with talent and capacity, and we hope that in the days ahead we’re going to be able to tap into that and find a way to help the Libyan people to move forward to have the kind of stability and peaceful governance that they aspire to,” Kerry said Thursday during a stop in London.