You are here: Home / Senza categoria / FBI says Islamic State used eBay and PayPal to channel money to the US 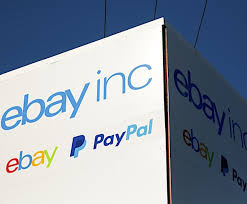 Islamic State allegedly used PayPal and fake eBay transactions to channel money to an operative in the US, The Wall Street Journal reports.

The man who allegedly received the money was American citizen Mohamed Elshinawy, arrested last year in Maryland. The FBI claims that Elshinawy, in his early 30s, sold computer printers on eBay as a front in order to receive the payments through PayPal.

The details have come to light because of a recently unsealed FBI affidavit, which alleges Elshinawy was part of a worldwide network that used such channels to fund ISIS. Elshinawy received $8,700 from ISIS, including five PayPal payments from senior ISIS official Siful Sujan through his technology company. Those funds were used to buy a laptop, a cellphone, and a VPN to communicate with IS, according to the affidavit. Sujan was killed in a drone strike in 2015.

A spokesman for eBay told The Wall Street Journal it “has zero tolerance for criminal activities taking place on our marketplace.” The company is assisting authorities, it said. Meanwhile, a spokeswoman for PayPal said it “invests significant time and resources in working to prevent terrorist activity on our platform…We proactively report suspicious activities and respond quickly to lawful requests to support law enforcement agencies in their investigations.”

Elshinawy has pleaded not guilty to supporting ISIS, but prosecutors allege the money he received was to be used for a possible terror attack in the US. Elshinawy claims he did not plan to plan to carry out an attack, and he’s currently awaiting trial.