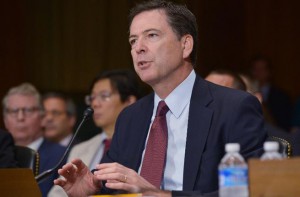 More than 200 Americans have traveled to or attempted to travel to Syria to fight in the conflict there, the head of the FBI said Wednesday.

“We estimate upwards of 200 Americans have traveled or attempted to travel to Syria to participate in the conflict,” James Comey said in written testimony to lawmakers on the Senate Select Committee on Intelligence. “While this number is lower in comparison to many of our international partners, we closely analyze and assess the influence groups like ISIL [Daesh] have no individuals located in the United States who are inspired to commit acts of violence.”

Daesh’s worldwide recruitment efforts have been a major source of concern for the FBI as it seeks to thwart not only the group’s attacks, but also its ability to gain new recruits via its sizable social media arm.

“We continue to identify individuals who seek to join the ranks of foreign fighters traveling in support of the Islamic State of Iraq and the Levant,” he said, “and also homegrown violent extremists who may aspire to attack the United States from within.”

During earlier testimony to the Senate Judiciary Committee, Comey told lawmakers that the increasing use of encryption by tech companies has made it harder for law enforcement agencies to monitor and intercept communications by Daesh and other extremist groups as they seek to radicalize sympathizers.