You are here: Home / Europe / Families ‘plot to smuggle British Islamic State jihadis from Syria back to the UK’ 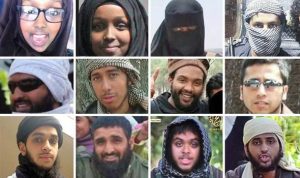 Families are reportedly plotting to smuggle British ISIS jihadis from Syria back to the UK, like reported by mirror.co.uk.

Intelligence sources have reportedly picked up “chatter” from families living in Britain discussing ways to help those who fled to Syria to join ISIS return to the UK.

According to a western security source, the “window of time for countries to repatriate effectively is closing very quickly”.

It comes during a Cabinet rift over whether to fly British children back home from the camps, with Prime Minister Boris Johnson pushing for repatriation in top secret security meetings, reports the Mail .

Boris Johnson is said to be looking at repatriating 30 British children from Syrian camps, but has reportedly failed to get enough support from his Cabinet.

Defence Secretary Ben Wallace and Home Secretary Priti Patel are against the move, with Miss Patel saying there is ‘no way’ the likes of Shamima Begum, 19, will be allowed back into Britain.

Miss Patel told The Sun on Sunday yesterday: “Our job is to keep our country safe. We cannot have people who would do us harm allowed to enter our country – and that includes this woman.

“Everything I see in terms of security and intelligence, I am simply not willing to allow anybody who has been an active supporter or campaigner for IS in this country.”

Begum, 20, was one of three schoolgirls to have fled London to join ISIS fighters in Syria in 2015.

In a new interview this week, Shamima said her mental health is suffering after losing her three children and she needs help.

Begum married Dutch-born Yago Riedijk shortly after leaving the UK and said her purpose was to “make babies”.

She hasn’t spoken to her family since she left home and says they are angry at her for leaving and for speaking to the media.

Shamima wants to return to the UK and stand trial in her home country.

But Ms Patel said: “We don’t want you in our court system or our prisons.”

Her citizenship was revoked by the then Home Secretary Sajid Javid when she resurfaced in a refugee camp earlier this year.

She was heavily pregnant at the time and begged to be allowed to return home. She gave birth to a son named Jarrah who died days later.

It is claimed she served in the Islamic State’s “morality police”, stitched suicide bombers’ vents and actively tried to recruit other women to join the jihadist group, before the caliphate’s collapse.

Recently, there have been reports of people being smuggled out of Al Hawl camp in Syria by human traffickers – although it is not clear whether they included the wives and children of British jihadis.

There are up to 12,000 foreign women and children in the Al-Hawl camp, including Britons.

US officials have described IS as being active inside, using the camp as an incubator for the next generation of extremists.