You are here: Home / Mediterranean / Families give their minor daughters to Islamic State in exchange for protection in Libya 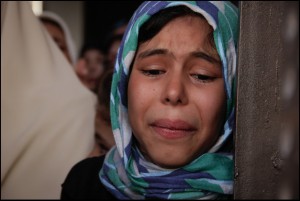 “The Times” reported the existence of families in the Libyan city of Derna that give their daughters to the extremists in exchange for protection.

According to doctors in the city, the extremists force young girls to marry them in exchange for providing protection for their families.

In 2013, doctors recorded one case of underage marriage every three weeks, but since the proliferation of foreign fighters in their city and some declared their loyalty to ISIS, the numbers doubled to 15 cases every three weeks. The problem began when extremists seized the city in 2013 and the disappearance of army, police, and the courts.

The city has also seen a big increase in cases of abortion and the death of embryos and other diseases. A smaller case was recorded by human rights organizations for 12 years old girl raped repeatedly by extremists.