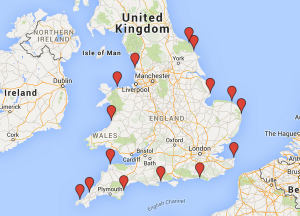 A manhunt is reportedly taking place for a Syrian scientist posing as refugee who is planning a chemical attack on two specific British seaside resorts, like reported by plymouthherald.co.uk.

The paper says the man, apparently in his 30s and trained in the use of toxins by the Assad regime, is “posing as a refugee” and could be in the UK.

He was being tracked by the US until he gave them the slip, the Express reports, adding that MI5 had been informed and that security services were investigating both unnamed targets.

It comes a week after security minister Ben Wallace said a chemical weapons threat was the potential realisation of “everybody’s worst fear.”

ISIS is planning a mass casualty attack against Britain, with “no moral barrier” to using chemical weapons, he warned.

Wallace said there were reports of IS using chemical weapons in Syria and Iraq, where it controls large areas.

Moroccan authorities apprehended a cell in February which was harbouring substances that could be used to either make a bomb or a “deadly toxin”.

Mr Wallace told the Times: “Experts have warned that their ambition is a mass casualty attack and they have no moral barrier to using whatever means possible.

“They have no moral objection to using chemical weapons against populations and if they could, they would in this country.