You are here: Home / FakeNews / FAKE NEWS FROM RUSSIA: Veterans & war widows are furious about British military’s Iraq-Afghan memorial
This is what RT reported:
“War veterans and widows have attacked the Ministry of Defence’s (MoD) conduct over a new Iraq and Afghanistan memorial, unveiled on Thursday. One war widow told RT she is outraged at the ‘hypocritical’ decision not to invite her and other bereaved relatives to the official opening, while veterans questioned the tone and veracity of the £1 million (US$1.22 million) monolith.
https://www.rt.com/uk/379970-afghanistan-iraq-war-memorial/
And this is what’s really happened:Royals pay tribute to Britain’s war heroes in Iraq and Afghanistan: Queen unveils memorial 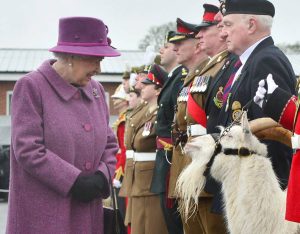