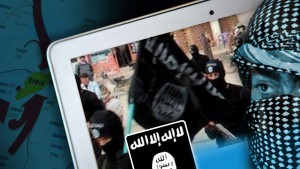 Facebook, Twitter and other social media sites would be required to report suspected terror messages to law enforcement authorities under a bill approved by the Senate Intelligence Committee, something U.S. and British law enforcement officials told ABC News they do not routinely do now.

The bill, which is headed for consideration before the whole Senate, is being applauded by U.S. counter-terrorism officials but opposed by civil liberties groups.

While Facebook says it works “aggressively to ensure that we do not have terrorists or terror groups using the site,” it and other social media sites are not currently required to report suspect messages to law enforcement, as they are in cases involving child pornography.

“What they do now is simply terminate the account of the person who is plotting the attack,” said Richard Clarke, a former White House counterterrorism official and ABC News consultant. “It is very unlikely today that a social media company would turn around and call the police.”

U.S. officials say ISIS and other terror groups regularly use social media sites to communicate with followers and urge them to attack.

“In the era of social media, a phenomenon like ISIL [ISIS], unlike Al Qaeda of the old days, there doesn’t have to be and won’t necessarily be a command-and-control relationship between somebody who instigates an incident and ISIL as an organization,” U.S. Defense Secretary Ash Carter told reporters today. “They are self-radicalized, self-organized people on social media. Are we concerned about that? Absolutely, we’re concerned about it.”

Under the proposed Senate legislation, social media sites would have a “duty to report” any information it learns about terrorist activity.

The issue first emerged two years ago in the wake of the brutal beheading of a British soldier, Lee Rigby, on the streets of London.

Authorities say they later learned that the attackers had communicated about their intentions on a social media site reported to be Facebook.

“Let’s kill a soldier,” was one of the messages, according to a British investigation.

Officials say their accounts were closed but authorities were not notified before the attack.

“If they are saying things, like, ’I want to go out and behead a soldier,’ then that ought to alert the system,” said Hazel Blears a former leading member of the Intelligence and Security Committee of Parliament who was part of an investigation into the failure of social media to disclose what it knew.

“There is certainly, in my view, a moral responsibility,” Blears told ABC News.

Facebook did not respond directly to criticism from authorities, but in Rigby’s case said that the company was “horrified” by what happened. A spokesperson said, “Facebook’s policies are clear – we do not allow terrorists content on the site and take steps to prevent people from using our service for these purposes.” The spokesperson also pointed to a statement on their “Community Standards” page, which says, “We work with law enforcement when we believe there is a genuine risk of physical harm or direct threats to public safety.”

A U.S. Senate aide said the proposed Senate bill only requires social media sites to report information they are made aware of and does not require the specific monitoring of any particular user. Facebook previously said that it relies on its users to report misuse of its service.

“In this American democracy, we don’t want our social media providers to be acting as essentially secret police,” said Nate Cardozo, a Staff Attorney at the Electronic Frontier Foundation. “There is a first amendment right to talk about terrorism… Discussing controversial political, religious, social events of our time is absolutely protected speech. And requiring social media providers to rat out their customers for engaging in their first amendment right to debate important topics is not something that is constitutional.”

Cardozo disagreed that in the Rigby case, law enforcement should have seen the Facebook messages because they didn’t represent a “true threat.”