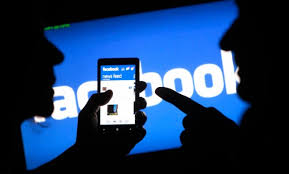 Facebook has begun combating terrorist propaganda online with its own form of “counter speech,” The Wall Street Journal reports, attempting to discredit extremist content with posts from its users. The social network has supported several counter speech initiatives in recent months, offering ad credits to some users and collaborating with the US State Department to develop messaging from college students.

Speaking at the World Economic Forum last month, Facebook Chief Operating Officer Sheryl Sandberg expressed her support for campaigns that counter propaganda from terrorist groups like ISIS with messages of tolerance and hope. Sandberg pointed to a recent case in which a Facebook page for a neo-Nazi group was flooded with “likes” and positive messages.

According to the Journal, a team led by Monika Bickert, Facebook’s head of global policy management, met in December to plan ways to encourage counter speech through competitions and ensure that it reaches target audiences. The company has provided ad credits worth up to $1,000 to those who post counter-extremist messages, and together with the State Department, launched competitions in 45 college classes around the world. Those who participated in the competition were provided a budget of $2,000 and $200 in ad credits.

Combatting online extremism has been a priority for Western governments, as jihadists increasingly focus their recruiting efforts on social media. Last month, executives from tech companies like Apple, Facebook, and Google met with President Obama to discuss strategies including counter speech initiatives and efforts to identify potential terrorists online.