You are here: Home / West Asia / Explosion and coordinated attack on army corps in North of Afghanistan 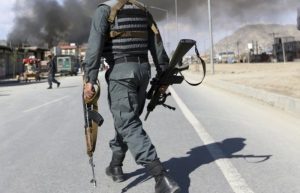 Heavy gun battle followed by an explosion is underway in the vicinity of 209th Shaheen Corps of the Afghan National Army (ANA) forces in northern Balkh province, like reported by khaama.com .

According to reports, the incident took place in Mazar-e-Sharif city, the provincial capital of northern Balkh province at around 1:30 pm local time.

There are no reports regarding the casualties and the type of the explosion so far.

Preliminary reports indicate at least one person has been killed and around 30 others have been wounded in the attack.

The local government and security officials have not commented regarding the incident so far and no group has yet claimed responsibility behind the attack.