You are here: Home / Africa / Experts warn ISIS menace is rising in Africa

A coalition of Libyan ISIS rebels and Boko Haram could be a game-changer on the continent, with ISIS know-how already revamping Boko Haram. 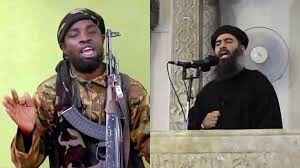 Two African terrorist organization affiliated with the Islamic State (ISIS) group could become a major threat on the continent if they come together and boost cooperation, US experts warn.

For now, Libyan Islamist rebels that have proclaimed allegiance to ISIS and Boko Haram in Nigeria have traded little more than praise over the Internet, along with probably some fighters and weapons. Boko Haram has renamed itself Islamic State’s West Africa Province (ISWAP).

But if they change gears they could be a true regional danger, the experts warned.

“They could decide that instead of fighting to achieve their immediate local objectives they decided to shift their focus and go after Western interests,” said Michael Shurkin, a former CIA analyst and specialist on central Africa at the Rand Corporation.

“For instance, Boko Haram attacking the French soldiers of Barkhane, or the Americans in Cameroon,” he added. The former refers to a French anti-terror operation in the Sahel region of central Africa.

“We can easily imagine really terrible scenarios, but I don’t think we are there yet,” he added.

“For instance the shift between Boko Haram and ISIS in West Africa looks like a rebranding, a marketing tool. But it could be a real transition to a kind of global jihad agenda,” he said.

Movements that are geographically isolated can benefit greatly from adopting the initials, rhetoric and symbols of the most feared Islamist extremist group in the world.

ISIS has been able to hold broad swathes of territory in Syria and Iraq, maintain an army, blow up a Russian airliner over Egypt and inspire attacks on civilians from Paris to London to California.

Mainly, it could enable the African groups to recruit foreign fighters seduced by the reputation of ISIS, said Peter Pham, an Africa specialist at the Atlantic Council.

The numbers are still tiny, but there are indications that the flow of fighters towards Africa has already begun, with two young French people arrested last month in Tunisia while trying to reach zones controlled by ISIS in Libya.

In the April edition of its magazine Dabiq, published online in English, ISIS calls on volunteers to consider joining Boko Haram “if you can’t join the caliphate,” Pham said.

Allegiance to ISIS has also allowed the Nigerian group, whose six-year insurgency has claimed 17,000 lives, to receive advice on military tactics.

“The attacks are more coordinated,” he told AFP.

The latest Boko Haram videos are of professional quality and carry the insignia of ISIS, which boasts communications specialists who can put propaganda films worthy of Hollywood on the Internet, Pham added.

In Libya, groups that have professed loyalty to ISIS have expanded rapidly, going from 200 to 2,000 members over the past year, he added.

Their growing power, fueled by the post-Muammar Gaddafi political and security chaos that exists in Libya, has European authorities worried to the extent they have started flying reconnaissance planes over their bases.

Jacob Zenn, a specialist in jihadist groups for the Jamestown Foundation, said ties between Boko Haram and ISIS terrorists could soon evolve from the sphere of communications towards seeing Boko Haram people trained in Libya.

“If Libya becomes a hub to sub-Saharan Africa as Raqa is to other parts of the world, then in 2016 or 2017 ISWAP could also carry out a new type of attacks in Nigeria or West Africa under the training and coordination of ISIS in Libya,” he added. Raqa is the de facto capital of ISIS in Syria.

Like other experts, Zenn believes that tighter control by Turkey of its border with Syria or setbacks for ISIS in Syria and Iraq could encourage would-be global jihadists – who number in the thousands – to turn to Africa as a battlefront.