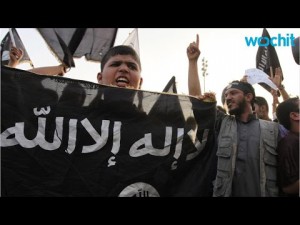 As the European Union prepares for military action against people smugglers operating in Libya, it seems almost certain part of that response will involve targeting Islamic State militants, with the jihadist group controlling territory in the northeast of the country.

The Islamic State group, better known as ISIL, controls territory in northeastern Libya from which migrants and asylum seekers have been departing for Europe in boats used by people smugglers.

Now intelligence reports suggest the terror group could also be smuggling its own members, clean-shaven and disguised as refugees, into the European Union. That’s the assessment of some of the bloc’s Intelligence analysts as well the secretary General of NATO.

“There might be foreign fighters there might be terrorists trying to hide among the migrants, this just underlines the importance that we have to respond to this turmoil,” said Jens Sltenberg, NATO Secretary General.

An adviser to one of Libya’s two rival governments, Abdul Basit Haroun reportedly spoke to people smugglers operating in areas under the control of ISIL.

Haroun says he was told that the radical militant group was allowing human smugglers to use territory they control in return for fifty percent of the trafficker’s income, which is said to run up to more than ninety thousand US dollars per boat, as well as for allowing some ISIL infiltrators onto the boats.

This has not been independently verified, but Europe’s border control agency Frontex has also warned that violent extremists may already be using what the agency describes as ‘irregular migration routes’.

Frontex had also conceded that adequate resources are not currently being devoted to screening new arrivals and that this represents an area of vulnerability for the European Union. ISIL has also been killing Christians it finds among those seeking to cross the Mediterranean.