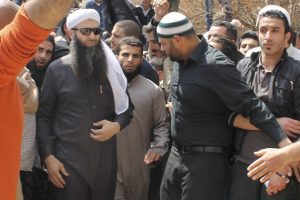 More Islamist extremist suspects were arrested in the European Union (EU) last year, and more women and children were involved in terrorist plots, Europol stated in a new report.

The EU law enforcement agency said the number of suspected terrorists arrested in 2016 rose for the third straight year and almost doubled the number in 2014, Newsweek reported.

However, the number of terrorist attacks in the EU dropped last year to 13, from 17 in 2015. Six of the 13 attacks—which killed 142 people and injured 379 others—were linked to the Islamic State (ISIS).

The Europol report pointed out that more women and children are being used to conduct the attacks.

“Female militant jihadists in the West perceive fewer obstacles to playing an operative role in a terrorist attack than men, and successful or prevented attacks carried out by women in Western countries may act as an inspiration to others,” the report said.

Last year, several women were arrested and accused of terrorist plots on the southern French city of Nice and the Notre Dame cathedral in Paris. Moreover, a quarter of the suspects arrested in U.K. were women, Europol said.

France, the European country hardest hit by the terrorists, also made the highest number of arrests. Out of 1,002 counter-terror arrests in the EU in 2016, 456 were in France, with almost a third of them under the age of 25.

As it becomes harder for jihadis to travel to join ISIS in Iraq and Syria, security services across Europe have warned of stay-at-home jihadis and returning ISIS fighters raising the domestic threat.

The EU faces new and more threats from Islamist extremists, including their use of weaponized drones, the return of European-based fighters from Syria and those blocked from traveling to the war zone, Europol chief told the Associated Press.

The Europol report said governments are wary of the ISIS use of drone explosives in Europe and other weapons used in Iraq and Syria.

For instance, the bomber who struck the Ariana Grande concert in Manchester, England, used a backpack bomb apparently packed with bearings and other small pieces of metal—a deadly terrorist weapon commonly used by al-Qaeda and ISIS extremists.

“The kind of attacks that ISIS have used in the conflict zone, including car bombs perhaps and others, if that technical capability is known within the organization then clearly there’s potential for that to be transferred into a European scenario,” Wainwright said.