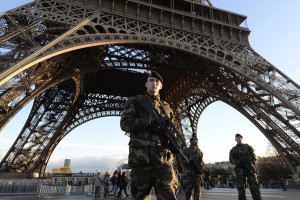 Europol chief Rob Wainwright has cautioned about the threat of further terrorist attacks in mainland Europe.

Wainwright also said that it has become “more difficult” to commit atrocities such as those seen in the last 12 months in France and Belgium.

Wainwright said, “I believe that the threat is still high. An attack is likely, even very probable.”

Europol is an EU agency and pools the resources of police forces in each member state.

In an interview with Belgian media, the agency’s British chief said that the extra security measures introduced following the Paris attacks in November last year and Brussels in March attacks meant that it is more difficult to commit an atrocity.

Wainwright said, “Carrying out an attack in Belgium or France has become more difficult. This will certainly influence the way groups plan attacks.”

He said that the twin attacks in the two cities had shown that many terrorists started out as criminals and that “lessons need to be learned” from the experience.

He said: “Most terrorists involved in the Paris and Brussels attacks have a terrorist background, a big change from the past. We need a new approach.”

The data banks of the police and intelligence services should be linked more effectively, he argued.

He cited as an example the fact Belgian intelligence used to have a liaison officer working with Europol but this is no longer the case.

Wainwright, a former senior police officer in the UK, told VRT News that combatting terrorism is the “top priority” for Europol, based at The Hague, Netherlands.

It operates a special unit that attempts to map out international terrorism and Wainwright said this had succeeded in helping to prevent several terrorist attacks.