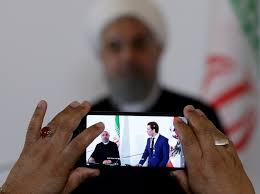 In 2013, an airlift began and the first Iranian dissidents arrived in the Albanian capital, plucked to safety from the hell they had endured in Camp Ashraf and Camp Liberty inside Iraq, like reported by upi.com.

Albania may be a tiny country, but its people have big hearts. Having suffered years of oppression under the communists, the Albanian government was united in its determination to offer a safe haven to the People’s Mojahedin of Iran (PMOI or MEK). Soon the surviving 3,000 MEK members were safely housed in special accommodation in Tirana, provided by the U.N. High Commission for Refugees.

A campaign of demonization against the MEK began. For this purpose, the mullahs focused their attention on elements of the Western media, manipulating their anti-Trump agenda to encompass a smear campaign against the MEK. The Iranian regime even reverted to acts of terrorism, using one of their diplomats from their embassy in Vienna to organize a bomb plot against a mass MEK Rally in Paris in June and more recently, sending another agent who was very close to Iran’s ambassador in Norway, to assassinate an opposition figure in Denmark. Both “so-called” diplomats have been arrested and are facing trial for acts of terror.

Massoud Khodabandeh and his wife, Anne Singleton, two well-known spies of Iranian ministry of intelligence and security (MOIS), identified as such in a Library of Congress and Pentagon report, were flown in to Tirana. This pair of trained Iranian intelligence agents had been seen outside the gates of Camp Ashraf and Camp Liberty in Iraq before the lethal assaults took place, leaving a death toll of 168 dead and over 1,700 wounded men and women.

Now they were prowling around the new compound being constructed by the Ashrafis near the town of Manez in the Albanian province of Durres. Sure enough, in due course, some gullible Western journalists were seen in their company.

Forced to leave their accommodation in Tirana when UNHCR funding ran out in September 2017, the MEK refugees had purchased some farmland near Manez and began the hurried construction of living accommodation. They hired over 600 local Albanians, training them in building and construction skills and quickly becoming a trusted and respected part of the Albanian community.

The new compound, named Ashraf 3, was fenced in with security at the main entrance to deter assassination attempts. However, the MEK men and women are free to come and go as they please. Hundreds of them leave the compound daily on shopping and recreation trips. Over 700 Iranian families have come to visit their relatives in Ashraf 3, having been prevented from seeing them for years during their brutal incarceration in Iraq. Journalists, politicians, lawyers and trades people are daily visitors.

I have just returned from a three-day-visit to Ashraf 3 with a high-level delegation of MEPs from Brussels, comprising two members of the Parliament’s Foreign Affairs Committee and the deputy head of the Security and Defense Committee, in a week which has seen 150 MEPs from all political factions and groups sign a petition condemning human rights abuse in Iran. What we saw was a remarkable transformation. We were able to move freely around the camp, talking to hundreds of the Iranian refugees.

In only 12 months, these hard-working and resilient freedom fighters have constructed a small city, with shops, clinics, sports facilities, kitchens, bakeries, dormitory blocks, meeting halls, offices and studios. A comprehensive report of this visit will be published soon.

But the Iranian Ministry of Intelligence intends to paint a different picture. Encouraging naive journalists to skulk around the perimeter fence of Ashraf 3 and even to fly drones across the compound, the MOIS has fed the media with claims that Ashraf 3 is a prison, where no one can leave without permission from the hard-line leadership and where even basic freedoms are denied. They claim that defectors are tortured and even murdered. It is an absurdity.

In a deceitful story that they repeat endlessly, they claim that a young woman, 38-year-old Somayeh Mohammadi, is being held captive against her will. Her parents, both Iranian/Canadian citizens, have in the past been seen outside Camp Ashraf in Iraq, hurling threats and abuse through loudspeakers, in the company of Khodabandeh and Singleton and other notorious MOIS agents.

Together with the delegation of leading MEPs, I met Somayeh on my visit to Ashraf 3. She was alone and unaccompanied by the “minders” that her father claims always accompany her. She said that sadly she had disowned her father many years ago after he became a willing MOIS agent. She told us that her father, who is a plumber in Canada, recently spent four months in Albania, staying in the luxury Plaza Hotel in Tirana, clearly paid for by the mullahs. She confirmed that she is free to come and go from Ashraf 3 whenever she wishes and that she could leave permanently if she wanted to. However, she said she is a proud and committed member of the MEK, who, unlike her father, has devoted her life to seeking freedom for the people of Iran.

It is lies like this, lapped up by “useful idiots” in some of the Western press that emboldens the mullahs. A recent lengthy article in a national newspaper in Britain that repeated all of these insults and lies was published word for word on Khodabandeh’s vitriolic pro-mullah website fully three weeks before it appeared in the newspaper, clearly revealing its odious source. Shamefully, such media are apparently happy to ignore the ongoing repression in Iran, where strikes and mass protests have continued daily for almost a year, with striking truck drivers sentenced to death and protesting sugarcane workers sentenced to flogging and long terms of imprisonment. Over 12,000 protesters have been jailed. Many have been murdered.

It is for me a great sadness that there are journalists today who ignore these issues and ignore the truth, preferring instead to abuse and traduce men and women who have given up their professional careers and family life to devote themselves to the cause of ending oppression and tyranny in Iran. The mullahs know that their days are numbered. They have blamed the nationwide uprising on the MEK and it is therefore of no surprise that they have embarked on such a frenetic campaign of misinformation. But no one will be fooled. When this evil dictatorship is toppled, history will record the names of those journalists who played this dishonest game in a roll call of shame.