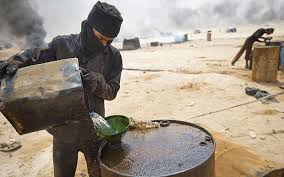 The European Union has adopted new rules allowing the bloc to impose travel bans and asset freezes on associates of the Islamic State extremist group.

The move by EU member nations on Tuesday also targets foreign fighters who train or work with IS.

Sanctions could be imposed on people who have planned or carried out attacks, as well as financed, recruited for or supported the group’s activities.

IS sympathizers from outside Europe could be banned from entering, while EU nationals who work with the extremists outside the bloc would be permitted to travel only to their home countries.

Until now the 28-nation EU could impose sanctions only on people and entities listed by the United Nations, or as EU member states acting individually.