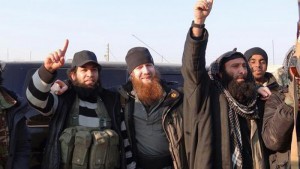 Ministers from 47 European nations agreed for the first time Tuesday to harmonise their laws to stop so-called foreign fighters travelling to Iraq and Syria to join extremist groups.

The agreement by the Council of Europe, a pan-European rights group which includes the EU but also takes in countries such as Russia and Turkey, will make cross-border tracking and prosecutions easier.

They also agreed to set up a round-the-clock information sharing network on relevant suspects.

“The police of the different member states will be able to make contact with the police in other countries when they arrest on their borders people who are suspected of being foreign fighters,” CoE Secretary General Thorbjorn Jagland told a news conference.

Member states still have to ratify the deal individually following Tuesday’s meeting in Brussels of the group, which was set up shortly after World War II.

A lack of agreement between countries over how legally to define suspects had been a major obstacle to the creation of an EU database of “foreign fighters” from European nations.

EU nationals who have returned to Europe after joining the extremist cause in the Middle East have been implicated in several recent attacks including the Charlie Hebdo massacre in Paris in January and an attack on the Brussels Jewish Museum in May 2014.