You are here: Home / Europe / European intelligence warns of another 9/11 massacre 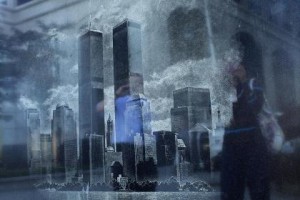 European intelligence services have warned that the continent is moving towards a 9/11 with ISIS terrorists specifically training European units in Syria to send them back to the continent, battle hardened, for homegrown assaults.

A counterterrorism French official said that 2015 ‘was nothing’ compared to what was coming ‘particularly for France and London’ this year.

ISIS militants have all the necessary false documents, the mastery of the language, the sites and the weapons, the official said.

The warning came as one-year commemorations in Paris for the Charlie Hebdo terrorist attacks culminated in a tree planting ceremony at Place de la Republique, that became the rallying point for public outrage and outpouring of grief.

France has been in a jittery state in 2015 with several ISIS– inspired terrorist attacks culminating in the death of 130 people in multiple shootings and bombings of cafes and a theatre last month, , reports News.com.au.

The French official said that some of those responsible remain on the run, adding that they stop a lot of them, but it must be recognised that they are ‘overwhelmed’.

“Some will get through, some already have,” he added.

Former analyst for France’s Direction General de la Securite Exterieure intelligence service Yves Trotignon said that multiple European national threats were not new as Al-Qaeda plotted similar attacks in 2010 but were thwarted before their cells arrived from Afghanistan and Pakistan.