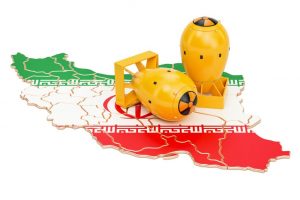 Iran sought on multiple occasions in 2020 to obtain technology for its nuclear weapons program, intelligence agencies from the Netherlands, Sweden and Germany said, according to a Fox News report on Monday.

The General Intelligence and Security Service of the Netherlands stopped “multiple acquisition attempts,” the agency wrote in its April report.

“The joint counter-proliferation unit of the AIVD [the General Intelligence and Security Service] and the MIVD [the country’s Military Intelligence and Security Service] is investigating how countries try to obtain the knowledge and goods they need to make weapons of mass destruction. Countries such as Syria, Pakistan, Iran and North Korea also tried to acquire such goods and technology in Europe and the Netherlands last year,” said the report.

The Swedish Security Service said in its 2020 intelligence report that Iran tried to attain technology from its country for its nuclear weapons program.

“Iran also conducts industrial espionage, which is mainly targeted against Swedish high-tech industry and Swedish products, which can be used in nuclear weapons programs. Iran is investing heavy resources in this area, and some of the resources are used in Sweden,” the report said.

Germany’s Bavarian Office for the Protection of the Constitution, the domestic intelligence agency for the German state, said in its 2020 report: “Proliferation-relevant states like Iran, North Korea, Syria and Pakistan are making efforts to expand on their conventional arsenal of weapons through the production or constant modernization of weapons of mass destruction.”