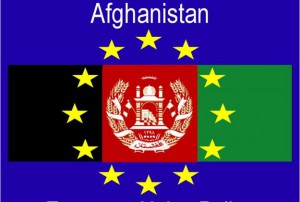 The Council endorses the first annual report of the European Union (EU) Afghanistan strategy 2014-16. The EU appreciates the efforts made by the EUSR in Afghanistan in implementing the strategy and reaffirms its continued commitment to the goal of the strategy, namely the development of Afghanistan’s institutions to provide the resilience needed to safeguard progress to date and provide the platform for a more effective and ultimately sustainable Afghan state.

The Council welcomes progress on the Cooperation Agreement for Partnership and Development, the broad areas of cooperation it identifies and the framework it will provide for long-term engagement with Afghanistan.

The EU welcomes the concerted outreach by the Afghan leadership to countries in the region to increase cooperation in facilitating an Afghan-led and Afghan-owned peace process as a foundation for peace and stability in both Afghanistan and the region.

The EU calls on all countries in the region to support an inclusive settlement that eschews the violence which continues to cause suffering for so many Afghans, disavows any link with terrorism or terrorist groups and respects human rights, in particular the rights of women and children.

The Council welcomes the first Human Rights Dialogue between the EU and Afghanistan which took place on 15 June 2015. It is of paramount importance that women’s rights are fully respected and that the representation and participation of women in all political processes is ensured, in particular in the peace process.

The Council welcomes the launch of the National Action Plan on 30 June to implement UN Security Council Resolution 1325 on Women, Peace and Security. The EU will support the government and civil society financially and diplomatically to implement the plan.