Malta grants the EU’s highest number of visas to Algerians… 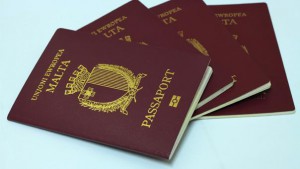 The European Commission is investigating whether the issuing of almost 7,000 Schengen visas to Algerians over an 18-month timeframe violated European Union law.

European Commissioner for Migration, Home Affairs and Citizenship Dimitris Avramopoulos confirmed this week that the European Commission has “requested the Maltese authorities to provide information on the practices for issuing short stay visas in Algeria.

“On the basis of this information, the Commission will assess whether those practices are in line with the relevant Union law.”

The statement comes in reply to a European Parliamentary question asked by French MEP Elisabeth Morin-Chartier (above). She had asked: “The Maltese press recently reported on a similar case involving Algerian nationals who had obtained Maltese visas in order to travel to other Schengen Area countries without spending more than a few hours in Malta. The Schengen Area, to which I am deeply committed, will be undermined and considerably weakened if there have been irregularities on the part of the Maltese authorities.

“At a time when efforts are being made to strengthen the Schengen Area’s external borders and migration and security continue to be two of the European public’s main concerns, can the Commission give thought to launching an inquiry so as to determine whether Maltese practices comply with Schengen rules?

“Can the Commission also make an appraisal as to whether the Maltese authorities’ visa-issuing practices raise domestic security concerns?”

It transpired from figures tabled in Parliament late last year, in reply to a parliamentary question by Opposition deputy leader Beppe Fenech Adami, that some 7,000 Maltese visas had been issued to Algerians in the 18 months following the opening of the Maltese consulate in Algiers in March 2014.

It is understood by this newspaper that Malta’s former Consul General in Algiers, Robert Falzon, has been questioned by the Maltese police in connection with investigations into allegations of a visa scam having been operating out of the Maltese consulate in Algiers.

Mr Falzon is the first cousin of Prime Minister Joseph Muscat’s father, ie the Prime Minister’s first cousin once removed. Mr Falzon had been hastily recalled to Malta just three weeks before the Opposition made allegations of wrongdoing at Malta’s Algerian diplomatic mission. The government, according to our sources, had been aware of the problems since August last year.

Mr Falzon was appointed Malta’s consul-general to Algeria back in March 2014, when the consulate was opened.

The National Audit Office is investigating the matter at the request of both the government and the Opposition.

MEP Morin-Chartier had also asked the Commission about the Joe Sammut Libyan residency permits scandal, currently the subject of a Maltese court case, saying: “A judicial inquiry is underway in Malta into improprieties on the part of the Maltese authorities in issuing residence permits to Libyan nationals. There has been large-scale fraud, apparently, also involving the forging of official documents.”

On this point, however, Commissioner Avramopoulos stipulated that: “The issuing of residency permits falls under the national competence, therefore member states’ individual legislation applies.”

Despite the government’s efforts to downplay the fact that Malta has granted ‘only’ 7,000 Schengen visas to Algerian nationals over the year-and-a-half in which the consulate has been operational, compared to over 300,000 issued by France for example, Malta is currently the Schengen zone’s number one issuer of visas for Algerians on a per capita basis.

In 2014 – the only year for which EU figures on Schengen visas issued apply, since the 2015 figures are not yet available and the consulate was only opened in March 2014 – Malta granted a total of 3,021 visas to Algerian nationals.

In 2014, according to official EU figures, Malta issued one visa from its Algerian consulate for every 141 Maltese citizens. The second-highest, on a per capita basis, was France – which has close historical ties with Algeria and which is the main destination in Europe for Algerians – was one visa for every 204 French citizens. Spain was next with one visa per 627 Spaniards. The figures for all other EU states run into the thousands or tens of thousands (see chart of visas issued by Schengen states with consulates in Algeria).

Furthermore, the Maltese consulate in Algiers was opened in March 2014, meaning that the figures in Malta’s case apply to a ‘nine-month year’ while the others apply to a 12-month year.