You are here: Home / Europe / Europe to set up new counter-terrorism centre (with limited powers) 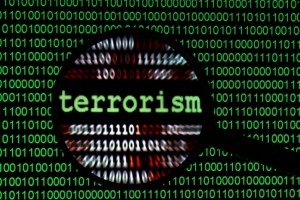 The EU announced plans for an intelligence sharing centre to help its 28 member states ward off deadly jihadist attacks, but with limited powers that will not amount to the equivalent of a European FBI.

Unveiling the bloc’s security priorities for the next five years, European Commission First Vice President Frans Timmermans told AFP that the counter-terrorism centre would be set up within Europol, the continent’s policing agency based in The Hague.

“We’re creating the centre to see whether the member states can come together more often and learn to work with each other on the basis of trust,” Timmermans said in an interview in his Brussels office before travelling to the French city of Strasbourg to brief the European Parliament on the security plan.

“But I’m not naive. That’s not going to happen overnight. What does help a lot is there is a lot of sense of urgency in every single member state that we need to do better in cooperating with the intelligence services to prevent information being lost between one country and the other,” he added.

With jihadists launching deadly attacks in the last 12 months in Brussels, Copenhagen and Paris, the European Commission — the bloc’s executive arm — is trying to promote counter-terrorism cooperation among member states.

Timmermans said many states now see the need to work more closely despite the long-held principle whereby national security services give information to others only on condition they get something equally valuable in return.

Intelligence sharing is not easy, especially when a large member state tries to work with a smaller ally that does not have the same resources and capacities, he said.

Member states also worry if information they give another “is safe in the hands of my friends,” he added.

Unlike the US federal government, the Commission can only be a catalyst for cooperation, since responsibility for security remains the fiercely guarded prerogative of the sovereign member states.

In reply to a question, Timmermans said the counter-terrorism centre would not amount to an EU version of the US Federal Bureau of Investigation which won powers of mass surveillance under the Patriot Act introduced in the United States after the September 11, 2001 attacks.

The counter-terrorism centre features on a roadmap to combat not only terrorism, but organised crime and cybercrime that was debated Tuesday in the European Parliament.

The commission plan calls for also setting up a centre to prevent radicalisation of the young as well as to hold talks with top Internet firms on combatting jihadist propaganda.

On cybercrime, the commission said “the priority is to identify ways to overcome obstacles to criminal investigations online.”

Timmermans called for tighter screening of departures and arrivals at the external borders of the Schengen system, which allows passport-free travel for nationals of 22 EU states, plus Switzerland, Norway, Iceland and Liechtenstein.

Schengen members also seek to establish an EU-wide database of airline passenger information, something the United States has also called for.

Such a database, known as passenger name records (PNR), is designed to track militants and disrupt plots.

“We must proceed with PNR,” Timmermans said.

But the proposal remains blocked in the European Parliament which is demanding guarantees to protect personal information that is collected and shared.

The aim of both measures is to obtain information on the departure of EU nationals suspected of wanting to join jihadist groups fighting in the Middle East and then inform EU countries of their return.

Experts fear that jihadists will return home battle-hardened and well trained in the use of explosives and weapons, posing a direct threat as highlighted in the January Paris attacks which left 17 people dead.

Several thousands European nationals are feared to have joined jihadist groups in Syria and Iraq.

In Lisbon, the interior ministers of France, Morocco, Portugal and Spain said Tuesday in a statement that they have agreed to step up counter-terrorism cooperation, including efforts to prevent their residents or nationals from travelling abroad to wage jihad and monitor their return home.