You are here: Home / Europe / Europe provides €10 million to counter radicalisation in the Sahel-Maghreb and stem the flow of foreign fighters from North Africa, the Middle East and Western Balkans 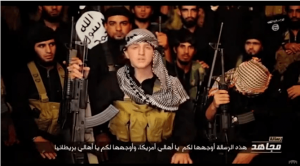 Foreign terrorist fighters joining the ranks of IS and other militias in the Middle East are a growing threat to many countries, inside and outside the EU. The Commission is launching a new programme to help partner countries to counter radicalisation in the Maghreb countries and stem the flow of foreign fighters from North Africa, the Middle East and Western Balkans.

The High Representative and Vice-president Federica Mogherini: “Foreign fighters are a threat not only to the region but to the whole world. We need to increase our cooperation and support to partner countries, because terrorism is a common threat and we must fight it together. These programmes are a further step implementing the EU commitment to work closer with countries from North Africa, the Middle East and Western Balkans.”

‘Countries in the Middle East, North Africa and the Western Balkans are particularly concerned by the threat of foreign fighters and the radicalisation of their young population. However, such phenomena do not respect borders and the international community therefore needs to support these countries in their efforts to stem the flow of foreign fighters and counter radicalisation. The EU has allocated €10 million for a new programme providing such support ‘ stressed Johannes Hahn, EU Commissioner for Neighbourhood and Enlargement Negotiations.

Under the new programme “Countering radicalisation and Foreign Terrorist Fighters”, the EU will allocate a first tranche of €5 million to fund technical assistance to enhance the capacities of criminal justice officials to investigate, prosecute and adjudicate cases of foreign fighters or would-be foreign fighters.

The second tranche of 5 million euro will finance countering radicalisation programmes in the Sahel and Maghreb region. It will offer the possibility to non-state actors to implement activities in the field of media, education, religion, culture. Projects focussing on messaging, internet, social media, disengagement, and awareness-raising with social workers will also be considered as well as measures preventing the radicalisation and recruitment of foreign fighters.

Today, the European Commission is also presenting its European Agenda on Security, where one of the priorities is preventing terrorism and countering radicalisation. The Agenda will enable a better use of existing and new tools in this area by improving exchange of information and increasing cooperation between EU institutions and agencies, Member States and relevant stakeholders. For more information see IP/15/4865.

The new programme “Countering radicalisation and Foreign Terrorist Fighters” has been defined in line with the Foreign Affairs Council Conclusions on counter-terrorism on 9 February 2015 in Brussels. These conclusions call for launching further projects of cooperation with key partners on counter-terrorism, including helping address the foreign fighter threat and address radicalisation, through our external aid instruments.

The programme builds upon the ongoing project “Supporting rule-of-law-compliant investigations and prosecutions in the Maghreb region” implemented by UNODC which started in 2014. The overall objective of this ongoing project is to increase the capacity of criminal justice and law enforcement officials to effectively investigate, prosecute and adjudicate terrorism cases in the Maghreb.

The programme component on countering radicalisation in Sahel-Maghreb is part of the Sahel Regional Action Plan implementing the EU Strategy for Security and Development in the Sahel adopted in March 2014. It complements other actions in the field of countering radicalisation such as “STRIVE Global” (Strengthening Resilience to Violence and Extremism) which will contribute to supporting the International Centre of Excellence for Countering Violent Extremism (the Hedayah Centre) and the Global Community Engagement and Resilience Fund (GCERF).