You are here: Home / Europe / Europe must designate Hezbollah as terror organization 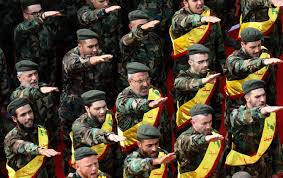 Some 230 lawmakers have urged the European Union to designate the Lebanon-based Hezbollah organization as a terrorist group, like reported by jpost.com.

“Hezbollah, the Iranian regime’s most deadly proxy, operates a global terror network that threatens not only its neighbors, but also Western democracies,” the lawmakers said in a letter they planned to send to the EU on Friday.

“In Germany alone, Hezbollah has over 1,000 supporters… the group’s violent and antisemitic ideology is poisoning the fabric for our pluralistic societies,” the lawmakers said.

The EU already recognizes Hezbollah’s military wing as a terrorist group, but has not extended that designation to the organization’s political wing. Such a designation must be made by the unanimous consent of the EU’s Council of foreign ministers, where opinions on the matter are divided.

In their letter, the lawmakers urged “the EU to end this false distinction between ‘military’ and ‘political’ arms – a distinction Hezbollah itself dismisses – and ban the entire organization,” the lawmakers said.

The letter was organized and released by American Jewish Committee’s Transatlantic Institute in Brussels. It was designed to come out around the July 18th anniversary of the 1994 bombing of the AMIA Jewish community center in Argentina, in which 85 people were killed. It’s believed that Iran and Hezbollah were behind the bombing. The letter is also linked to the July 18, 2012, Hezbollah-backed bombing of a tour bus of Israelis in Bulgaria, in which five Israelis and the Bulgarian bus driver were killed.

The text, referred to as the Transatlantic Declaration, was scheduled to be sent to EU Commission President Ursula von der Leyen, EU foreign policy chief Josep Borrell, European Council President Charles Michel, European Parliament President David Sassoli and to the governments of all EU member states.
Among those who already recognize Hezbollah in its entirety is Argentina, Bahrain, Canada, Colombia, Germany, Honduras, Israel, Japan, the Netherlands, Paraguay, the United Arab Emirates, the United Kingdom and the United States.

Austrian MEP Lukas Mandll of the European People’s Party, who is also a member of the Transatlantic Friends of Israel (TFI) group, said, “Today marks an important milestone toward our common goal of banning Hezbollah in Europe. Over the coming months, we will continue to reach out to lawmakers from many political parties across the transatlantic space to add more signatures to the list. Our European values command an uncompromising fight against antisemitism and terrorism. In this context, it is clear without any doubt that the European Union must ban Hezbollah entirely.”

TFI secretary-general Daniel Schwammenthal, who heads the AJC’s Brussel’s office, said,“An EU that stands for democracy, human rights, and the rules-based international order cannot at the same time be a safe haven for terrorists or their supporters. Europe’s commitments to Israel’s security and to combating antisemitism ring hollow when it continues to allow a deeply antisemitic organization dedicated to the destruction of the Jewish state to use Europe as an operational hub.”

He added, “We believe that this impressive list of former foreign and defense ministers, foreign and European Affairs Committee Chairs, will help the German EU Presidency make the case in the European Council that political opinion has shifted and is shifting and that EU policy must take note of it. What’s more, we think the declaration could set the stage for national lawmakers to press their own governments to follow the German example and execute a national ban as long as there is no consensus for an EU wide designation.”