You are here: Home / Europe / Europe moves to thwart recruitment of ‘foreign terrorists’ 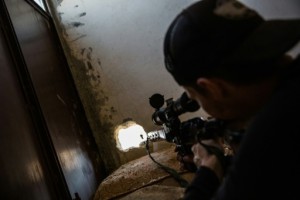 Drawn up by the 47-member Council of Europe, the new protocol amends existing provisions to outlaw a number of terrorism-related acts.

“Rarely has such a treaty received such unanimous support from the beginning,” Council of Europe chief Thorbjorn Jagland said at a signing ceremony in Latvian capital Riga.

“All of this shows our commitment to send a positive signal to all would-be terrorists: Europe is closing in, we are not waiting for you, we are coming for you,” he said.

The protocol had been put together in a record seven weeks because of the serious threat posed by foreign fighters joining the ranks of jihadists in Syria and Iraq, Jagland told assembled officials.

The agreement must now be ratified by individual national parliaments.

The move comes as UN experts said this week that the Islamic State group is paying supporters up to $10,000 (8,800 euros) for each person that they recruit to fight in war-ravaged Syria and Iraq.

The UN experts learnt from Belgian contacts that 500 foreign fighters in Iraq and Syria came from Belgium, the highest per capita of any EU country.