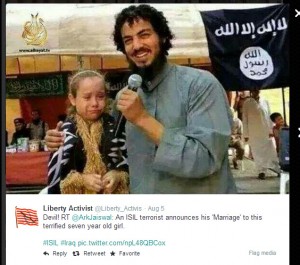 A special Europe-wide police unit is to be set up to monitor and close down Islamic State of Iraq and the Levant (Isil) social media accounts.

The unit, run by Europol, will start work on July 1, and aims to track the Isil propaganda arms that attract young jihadists to travel to Iraq and Syria to fight with the group.

Thousands of young European men, including an estimated 700 Britons, have travelled to Syria to join the group. The Europol database contains 6,000 names of foreign fighters in the two countries.

It will also target messages aimed at inspiring “lone wolf” attacks in the West, such as the attacks on the offices of ‘Charlie Hebdo’, the French satirical magazine, and a kosher supermarket in Paris in January.

There has been concern since the rise of Isil that counter-terror measures have been left to individual countries while the scale of the problem is clearly international.

The new unit is to be modelled on the Counter-Terrorism Internet Referral Unit, (CTIRU), a joint unit of Scotland Yard and the UK Home Office. It trawls the internet for offending posts and asks media companies like Facebook and Twitter to take them down.

In the last few years, it has had 75,000 items removed from the internet, according to the ‘Financial Times’.

Analysts say that there are between 40,000 and 50,000 jihadi Twitter accounts, posting several times a day on average, creating a huge volume of material.

The unit will aim to identify the “ringleaders” behind the operation, ‘The Guardian’ reported.

In Britain, the lure of Syria has attracted a wide range of people, from professional young women and teenage girls to disaffected young men, such as Mohammed Emwazi (inset), the man identified as Isil’s executioner, “Jihadi John”.