You are here: Home / Europe / EU wants China’s help to stop boats being used by migrants 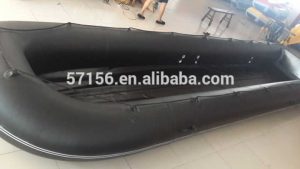 The European Union wants China to help prevent migrants and refugees using Chinese-made inflatable boats to get into the bloc by stopping the boats reaching them, the European Commissioner for Migration said on Thursday, like reported by reuters.com.

Dimitris Avramopoulos, speaking to reporters in Beijing after meeting Chinese Minister for Public Security Guo Shengkun, said the rubber boats used by people smugglers were made in China.

“The rubber boats used by the smuggler networks in the Mediterranean are fabricated somewhere in China, they are exported to the countries in Asia and they are used by them,” Avramopoulos said.

“So I requested the support and cooperation from the Chinese authorities in order to track down this business and dismantle it, because what they produce is not serving the common good of the country. It is a very dangerous tool in the hands of ruthless smugglers.”

He gave no further details, but said he and Guo had not discussed the possibility of China taking any of the refugees or migrants.

More than a million people sought asylum in Europe’s rich north in 2015, mostly in Germany but also in large numbers in Sweden, straining the capacity of countries to cope.

A contentious deal with Turkey to stop Syrian refugees from reaching Greece and the overland route to Germany, in return for EU funds, has reduced flows to a trickle, though thousands of migrants still try to reach Europe from Libya via sea routes.