You are here: Home / Mediterranean / EU vessels could be attacked if they enter Libyan waters without authorisation 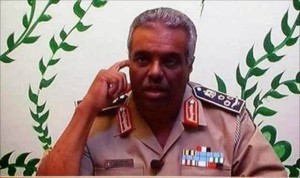 As the EU began the intelligence collection first phase of its operation to combat Libyan people-smugglers, Air Force commander Saqr Geroushi has warned that EU vessels could be attacked if they enter Libyan waters without authorisation.

“Any vessel found in Libyan waters without previous cooperation or permission will be targeted by the air force,” Geroushi told Reuters last night.

Meanwhile the Libya Dawn antigovernment of has today expressed  its “deep concern” at the EU’s plans, signed off yesterday  at a meeting of EU foreign ministers. It said that anti-smuggler operations within Libyan waters required its permission.

Yet an EU diplomat has been quoted as saying there is no intention for European naval vessels that are part of the new “EUNAVFOR Med” to operate inside Libyan waters without clearance from the United Nations and indeed the Libyan government.

Under international agreements, territorial waters are normally 12 miles  (19.3 kilometres) from the coast. However in the 1980s the Qaddafi regime twice claimed the entire Gulf of Sidra as Libyan waters.

It is also clear that some of the rescues carried out in recent months by European naval vessels have been in response the distress calls from migrant vessels that were still inside Libyan territory.

The new EU intelligence operation, based in Sicily, is sure to use satellite gathering of communications and imaging as well as the 15 submarines, warships, drones and helicopters from ten European countries that have been announced.

Meanwhile it appears that it is business as usual for the people smugglers.  In the last 36 hours some 2,500 migrants are reported to have been landed in Sicily. Norwegian and Danish warships which are  part of the EU Frontex operation have picked up some 1,000 migrants, including 99 who had already been rescued by a Russian tanker.

Italian prosecutors have also opened a murder enquiry following the shooting dead of one migrant and the injury of another, from the Gambia, around the rescue of passengers in an inflatable raft. The Italian Coastguard is denying migrants allegations that the shots came from an Italian vessel.