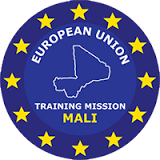 Brigadier General Werner Albl has been appointed as new mission commander for the EU training mission in Mali (EUTM Mali). He will take up his duties on 18 December 2015. He will succeed Brigadier General Franz Xaver Pfrengle, who had been in the position since 28 July  2015.