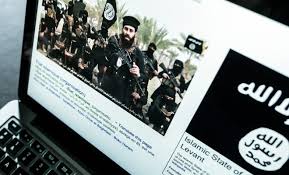 The new rules would be one of this administration’s last shows of force on the digital front, and could be highlighted prominently in European Commission President Jean-Claude Juncker’s State of the European Union address on September 12, according to a Commission official.

If companies “systematically” fail to address these notices, they could face sanctions, the officials said.

Officials are still deciding what the sanctions should look like and how high they should be, but they could take a similar form to fines laid out in the General Data Protection Regulation (GDPR) and in new consumer reforms.

As part of the GDPR, companies could face fines of up to four percent of global annual turnover for privacy offenses.

Companies would also have broad obligations to respond to flagged content by average users and consumers. However flagged content from users will not expected to be treated with the same urgency as content flagged by designated authorities.

First Vice-President Frans Timmermans is leading internal discussions on the subject, according to one of the officials.

The decision to allocate the file to Timmermans instead of Digital Vice President Andrus Ansip, Justice and Consumers Commissioner Věra Jourová or Digital Commissioner Mariya Gabriel showcases the political nature of the file and its importance to the upper echelons of the European Commission. Security Commissioner Julian King has also been an active participant in discussions surrounding the regulation.

Despite not being in the driver’s seat, Ansip and Jourová scored a victory by ensuring the rules would remain very targeted and specific in nature. They resisted pressures from countries like France and from more hardliner officials to include other forms of illegal content, such as hate speech, in the scope of the regulation.

The nature of the regulation could, however, still change as officials and Commissioners are still negotiating the final details. Most commissioners return to work next week and are expected to hammer out the final compromises on the controversial legislation.