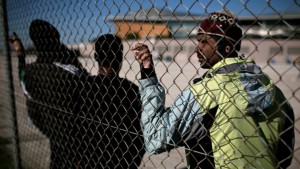 The European Union will nearly treble its spending on frontier defence provided by a new European Border and Coast Guard under proposals unveiled on Tuesday to tackle a migration crisis that threatens Europe’s security and passport-free travel area.

If approved by governments, the new body will replace the EU’s Frontex agency and have expanded powers, including keeping a 1,500-strong rapid reaction force on standby. It will have funding worth 322 million euros ($354 million) by 2020, up from the 114 million euros originally budgeted for this year.

With Greece and Italy struggling to control hundreds of thousands of people, including Syrian refugees, the bloc’s executive the European Commission proposes taking the power to deploy EU forces without the consent of the member state concerned—an idea that has already hit resistance in national capitals and which many see as impractical.

However, frustration among northern powers, including France and Germany, at failures by Greece and Italy to document and screen masses of people arriving by boat from Turkey and Africa has driven demands for more central European control of the external frontiers of Europe’s borderless Schengen zone.

Concern that the Islamic State attack on Paris last month was also carried out in part by militants who had travelled along the migration route from Syria via Turkey and Greece has also increased pressure for tighter checks on the frontiers.

The Commission proposal says the EU agency overseeing the frontiers should be able to “intervene immediately in crisis situations” and deploy border guards from the standby pool drawn from other national border guard forces.

However, EU officials stressed that national governments would be able to block that if a majority of them were against.

“What we are creating today is more Europe,” Avramopoulos said in statement. “To manage our external borders, to step up returns of irregular migrants, to allow our asylum system to function properly for this in need and to strengthen checks at the external borders.”

The current staffing of Frontex, which serves to coordinate national border agencies, is around 400. That will more than double to 1,000 by 2020, including field operatives. In addition, member states will have to put at least a total of 1,500 personnel on standby for deployment within days.

The new body will also have a dedicated Returns Office with the task of stepping up deportations of those who fail to qualify for asylum.

Tuesday’s proposals may be discussed by EU leaders when they meet in Brussels on Thursday and Friday for a summit, although the short time for preparation means such talks will be brief. The migration crisis has drive a wedge among member states that many fear threatens the overall unity of the 28-nation bloc.

Among other proposals presented on Tuesday, the latest of several packages of measures this year to contain migration, the Commission proposed legislation to increase systematic security and identity checks at the Schengen frontiers, including of EU citizens who typically pass with limited scrutiny at present.

Many of those who have carried out Islamist attacks in Europe in the past two years have been EU citizens who have fought in Syria and then returned to their home countries, notably to France and Belgium.

The Commission said an estimated 5,000 EU citizens have joined militant groups. An unprecedented 1.5 million people crossed into the EU irregularly between January and November 2015.