You are here: Home / Mediterranean / ‘EU should cooperate with Tunisia in fights against Islamic terrorism, illegal immigration’ 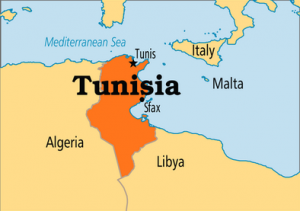 Speaking at the Tunisian Parliament, Tajani said: “I have come to propose negotiations between the European police and Tunisia in the field of combating terrorism by the end of this year.”

“Tunisia has a special place and an important role in combating terrorism,” Tajani said, adding that “terrorism cannot be defeated without great cooperation with Tunisia, whose security is associated with Europe security.”

“We are convinced that Libya will stabilise and we encourage and support the European Commission’s work on this issue and the North African countries should cooperate to find a solution in Libya,” he said.

Tajani also stressed on the need to develop a strategic approach to address the phenomenon of illegal immigration, pointing out that the European Bank intends to allocate €40 billion [$47 billion] to invest in Africa to address the main causes of immigration, including poverty, unemployment, demographic changes and instability.