The European Union and many of its member states are spectacularly failing to cope with the unprecedented security threat posed by returning jihadists, a senior EU terror chief and a former British foreign secretary have warned. 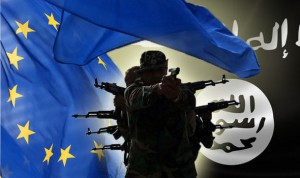 As many as 5,000 radicalised Islamic State fighters – and possibly many more – have travelled back to Europe after spending time in the group’s so-called caliphate in Iraq and Syria.

Security services on the continent have been criticised for failing to counter the threat from Islamist terrorism, which was exploited to devastating effect in Paris last November and then Brussels last month.

Failings have been exposed in the Belgian police force, which was criticised for missing vital clues in the days before and after the bombings at Brussels Airport and Metro.

Intelligence sharing between individual security forces in particular has been identified as the Achilles heel in European security.

Jorge Bento Silva, deputy head of the European Commission’s Counter Terrorism Unit, admitted he was “frustrated” at the slow pace of change which was preventing information being shared between police forces.

Speaking at a security conference in London, Mr Silva said: “Many of us are asking for more, for quicker, for deeper.

“The frustration that exists is understandable, I share it and want more.”

Hailing the coordination in Britain between MI5, MI6 and GCHQ, the Government’s intelligence agency, he told Express.co.uk: “We don’t have, as they do in some other countries, competing agencies each with their own private knowledge of what is going on.

Belgium’s security services are widely considered to be both underfunded and deeply divided.

It took them four months to track down the world’s most wanted man, Salah Abdeslam, despite him returning to his home neighbourhood in Brussels shortly after the Paris attacks last year.

Belgian residents seized on the latest attacks to criticise the police force and intelligence agencies for operating in a “parallel world”, separate and far removed from the radicalised youngsters they are attempting to trace.

The dire security situation on the continent prompted Mr Silva, an expert in international terrorism, to use yesterday’s speech at the World Counter Terror Expo to renew a call from Europe’s leading security experts for Britain to remain in the EU.

He said the UK had been “instrumental” in the development of Europe’s counter-terror strategy and warned of a weaker response to the jihadist threat were London to cut ties with Brussels.

Insisting “enormous progress” had been made by European agencies in recent months, he said: “The urgency of bringing together intelligence has now permeated the political awareness of our masters and we are seeing development on all fronts.”