You are here: Home / Mediterranean / EU reiterates ‘concern’ over effects of Sahara conflict on security in region 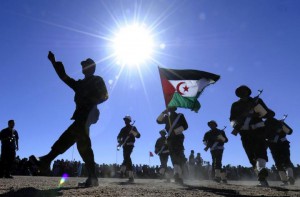 “The European Union is concerned over the long duration” of the Sahara conflict and its effects on “security and integration in the region,” the European Union Council said in its reply to MEPs question on the effects of the persistence of the conflict on Europe’s security.

The MEPs questioned the EU Council on the absence of a census of Tindouf populations in Algeria which has dangerous effects on the protection of these populations who endure extremely difficult humanitarian situation.

Several European and international bodies have called for a census of Tindouf populations in order to put an end to the embezzlement of the humanitarian aid sent for these populations.

EU High Representative for Foreign Affairs and Security Policy, Federica Mogherini, said she in favor of a census of Tindouf camps populations.

In a reply to a MEP’s question about the need of such a census, alluding to the embezzlement of EU humanitarian aid by the Polisario, Mogherini noted that “there had indeed been problems.”

The investigation conducted by the European Anti-Fraud Office (OLAF) revealed the existence of networks involved in large-scale diversion of the international humanitarian assistance sent to Tindouf populations and noted that aid was extended on the basis of inaccurate figures, since no census of the population has ever been conducted.