You are here: Home / Africa / EU preparing to expand training to Burkina Faso as security deteriorates 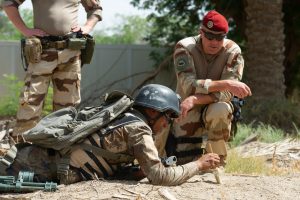 Burkina Faso faces a collapse similar to the one in northern Mali in 2012 if Europe does not substantially step up its military presence and aid, according to senior EU and national military officers and officials, according to janes.com.

Speaking during a 22 January hearing of the European Parliament’s Subcommittee on Security and Defence (SEDE), the officials said the situation is so serious that the EU Training Mission in Mali (EUTM Mali) needs to be expanded into Burkina Faso.

Lieutenant General Esa Pulkkinen, director general of the EU Military Staff, said Burkina Faso had suffered 2,000 jihadist-related deaths in 2019, exceeding the number in Mali for the first time. “Burkina [Faso] faces total meltdown, which is why an extension of EUTM Mali into the country is critical. The mere provision of military advice will not be enough. We need to do advisory and training there as we do in Mali. The country is very exposed; they are not able to defend themselves,” he said.

He added that there are indications that local militants are being empowered by ones with experience from other conflicts. “We have seen their fingerprints there already, and their tactics and procedures are very effective; they are flipping in their experience from Syria, Iraq, and Afghanistan. This is very worrying,” he said.

Birgitte Markussen, head of Africa desk at the European External Action Service, the EU’s foreign policy wing, agreed. “Crisis is unfortunately the new reality in this region. It is time for the EU to scale up, and we are rethinking our whole political, security, military, economic, and humanitarian approach to the region,” she said.

Lt Gen Pulkkinen’s broad assessment was supported by Rear Admiral Xavier Petit, head of planning and logistics at the French military’s Centre for Planning and Operations, which oversees the country’s 4,500-strong Operation ‘Barkhane’ counter-insurgency mission in the Sahel region.