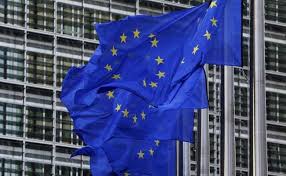 Two drivers for the European Parliament have been caught in possession of Islamic State propaganda, a German newspaper reported.

Der Spiegel weekly, citing informed sources, said that IS propaganda CDs were found among the drivers’ personal effects and that the discoveries prompted a recent decision by the European parliament to create its own team of chauffeurs rather than relying on private service providers.

That decision is in itself controversial as it boosts the EU parliament’s transport costs by 10 million euros ($11 million) annually.

The parliament is justifying the change, according to Der Spiegel, on the basis that the case of the two drivers may not be an isolated one, and that private sector companies may be more susceptible to infiltration by individuals linked to jihadist groups.

A European parliament spokesman in Brussels told AFP that there was never any comment made on “questions of security”.

According to the Biribin Limousines firm, which employed the pair found with the offending material, “no driver has been sacked . There has never been anything (untoward) found in our cars”.

The Paris-based company dismissed the Spiegel report as “a tissue of lies”.

On April 6 the European parliament, which has homes in Brussels and Strasbourg, announced that one of the jihadists who blew themselves up in Islamic State attacks in Brussels on March 22 briefly worked as a cleaner for the parliament several years ago.