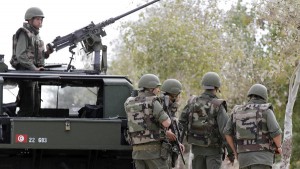 EU foreign ministers are to discuss measures to support Tunisia, at a meeting in Brussels today – their first since last month’s terrorist attack at a beach resort in which 38 tourists, including three Irish citizens, died.

Minister for Foreign Affairs Charlie Flanagan, said the meeting will give ministers an opportunity to discuss the security situation in Tunisia with the country’s  Prime Minister Habbib Essid.

Mr Flanagan added that “counter-terrorism is a critical priority of the Foreign Affairs Council.”

The council is also expected to discuss the outcome of successful nuclear talks with between Iran and a number of world powers, which were chaired by EU foreign policy chief Federica Mogherini.

The Middle East Peace Process  and human rights measures are also on the agenda.