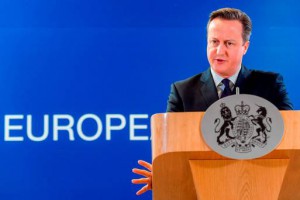 They also demanded wide-ranging countermeasures ranging from beefed-up immigration controls to a crackdown on illicit weapons-trafficking be introduced.

Leaders of the 28 EU member countries also pledged quick action to better restrict violent extremists’ ability to finance their actions, including via the imposition of asset freezes.

The Brussels summit was the first time the EU leaders had assembled since the November 13 attacks, claimed by Isil, that killed 130 and wounded hundreds more in Paris. Those attacks “have only strengthened our resolve to continue our uncompromising fight against terrorism and to make full use of all the tools at our disposal, including close coordination with key partners such as the United States,” EU leaders said in a joint statement.

They also agreed it was crucial to implement systematic and coordinated border checks at European countries’ external frontiers in order to know who is coming and going, and promised to rapidly review proposals by the EU’s executive arm to clamp down on the illegal sale of firearms, especially the models of high-powered semi-automatic weapons used by some of the Paris attackers.

“We face a common threat,” British Prime Minister David Cameron told a post-summit news conference. “No one country can defeat it alone. We have to defeat it together.”

He said that to better neutralise the threat of violent extremist groups like Isil, Europe needs more systematic sharing of information, better cooperation in the field of aviation security, coordinated efforts to choke off the targeted groups’ financing and propaganda, and a clampdown on explosives.

At the EU summit, “we got very clear agreement here to take forward all of these proposals,” Mr Cameron said.

Last month’s coordinated attacks on Paris restaurants and cafés, a theatre and an international soccer match at Stade de France, highlighted the ready availability in Europe of military assault rifles, as well as gaps in the immigration and customs checks that allow even people subject to international search warrants to travel unhindered.

Twenty-two EU countries belong to the so-called Schengen zone, where no visa is needed to journey between one member nation and another.

Recent history, though, indicates progress in the counterterrorism field can be slow. After the January attacks in Paris, a summit called for a strong directive to allow the exchange of data on air passengers. But it may not be until next February that such a system is given final approved by the European Parliament.

Meanwhile in London it was suggested that people caught up in an armed terrorist attack in the UK should run or hide, according to official guidance. But police acknowledged that in some circumstances members of the public may choose to fight back if they had no other choice.

The “run, hide, tell” advice comes in a four-minute film which sets out steps to follow if the UK is hit by a roaming gun assault.

Security services have been on high alert since the massacre in Paris last month and the terror threat level in Britain currently stands at severe – meaning an attack is seen as highly likely.

Police are working on hundreds of investigations and making an arrest a day.

The video says people should run if they hear gunshots, as long as it will not put them in greater danger.

“Insist others come with you, but don’t let their indecision slow you down,” the video says. “Consider your route as you leave. Will it place you in the line of fire? Is it safer to wait for the attacker to move away before you continue?”

If it is not possible to move to safety, then people are advised to hide. They should consider their exits and escape routes when choosing a hiding place, avoiding dead ends and bottlenecks.

Mobile phones should be switched to silent and vibrate turned off, the video says, adding: “The best hiding place with protection from gunfire will have a substantial physical barrier between you and the attacker.”

Those able to evacuate should get as far away from the danger area as possible and call the police. The film says: “When the police arrive they will be armed. The police may be unable to distinguish you from the attacker.

“They may treat you firmly. Do everything they tell you to do. Don’t make any sudden movements or gestures that may be perceived as a threat.”

Scotland Yard Assistant Commissioner Mark Rowley, the country’s most senior counter-terrorism officer, said the advice cannot cater for “every possible eventuality”.He added: “If someone acts on instinct, and perhaps decides to fight because they had no choice, then of course we would never criticise them for that.”