You are here: Home / Mediterranean / EU is considering helping Libya strengthen its borders and disarm militias 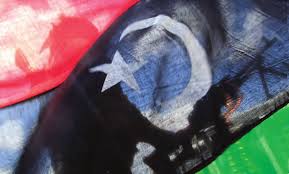 The European Union is considering helping Libya strengthen its borders and disarm militias if a government of national unity is formed in the war-torn country, a EU document seen by Reuters says.

The document, produced by officials working for the EU foreign affairs chief Federica Mogherini, was sent to European capitals on Monday, the same day Libya’s internationally-recognised parliament rejected a United Nations plan for such a government..

EU diplomats discussed the paper in a meeting in Brussels on Tuesday in preparation for a debate on this topic at the next regular EU foreign affairs meeting scheduled on Nov. 16.

Six options are listed to strengthen security in the North-African country, ranging from actions possible “regardless of the political situation” in Libya, and others that would instead require a green-light from Libyan authorities once a government of national unity is formed.

All EU actions would be conducted in agreement with the United Nations Support Mission in Libya and as a complement to its operations.

If Libya’s factions agree on a unity government, the EU would start detailed talks with the Libyans within 90 days for a military or civilian mission focused on the “demobilisation, disarmament and reintegration” of militiamen in the country, the document says.

As soon as a deal is reached, the EU could send civilians to monitor ceasefires among the factions in the field. It could also use local personnel trained by European officers.

If a peace deal holds, the EU action “would be of modest scale and limited to support to a mediation unit, provision of aerial monitoring and possibly the provision of civilian monitors,” the document says, adding a military option would be considered if ceasefires do not prove effective.

Protecting Libyan strategic infrastructures such as oil facilities or government buildings is also an option for the “medium to longer term”.

Even without a political accord in Libya, the EU plans to step up its efforts to protect the borders of a country that has become a crossroad for African migrants en route to Europe and militant Islamist groups carrying out attacks in the region.

The EU wants to relaunch its Border Assistance Mission in Libya, which is currently working at a minimum level and whose mandate expires in November. It also plans a wider “border security initiative” in the region, the document says, involving Tunisia and Niger.

One option would be to expand the naval military mission in the Mediterranean Sea, which is already deployed in international waters there, into Libyan waters.

EU states will have to approve these proposals. Individual sanctions against Libyans also remain on the table to pressure “spoilers” of the peace process, but at the moment this is not the priority, an EU official told Reuters.

The plan comes with an aid package of 100 million euros to be disbursed immediately after a deal is reached and a promise to enlarge the support considerably if security conditions in the country improve and allow the return of international workers, the paper says.