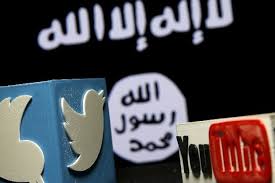 Google, Facebook and other internet companies must remove terrorist and other illegal online content from their websites within an hour or risk facing EU legislation forcing them to do so.

The European Commission on Thursday increased the pressure on internet companies with sweeping recommendations for companies and EU nations regarding the speedy removal of all illegal content, including terrorist content, incitement to hatred and violence, child sexual abuse material, counterfeit products and copyright infringement.

“Considering that terrorist content is most harmful in the first hours of its appearance online, all companies should remove such content within one hour from its referral as a general rule,” the commission said in a statement.

Social media sites have become a popular conduit for terrorist groups to share their ideas and recruit people to the cause. These companies have strict rules against posting hate speech and will remove such content and accounts when they’re discovered.

The EU and other political institutions have repeatedly pressed internet companies to do more in the fight against terrorism. For their part, the companies have consistently tried to step up by funding research, partnering on a shared database of images and videos that promote terrorism, and putting artificial intelligence to work at identifying content automatically.

Internet companies signed an EU-established code of conduct last year, promising to pull down illegal content within 24 hours of it being posted. But the one-hour deadline proposed Thursday is too short, said the Computer & Communications Industry Association, which represents companies like Google and Facebook.

“Such a tight time limit does not take due account of all actual constraints linked to content removal and will strongly incentivize hosting services providers to simply take down all reported content,” the group said in a statement.

The recommendation suggests member nations report to the commission every three months on the progress and level of cooperation they are getting from companies to curb online terrorist content. The commission said it would monitor the responses to determine whether additional steps, including legislation, would be necessary.