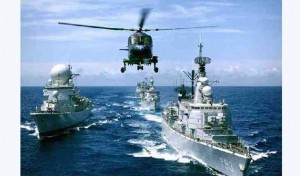 EU foreign affairs ministers will today (22 June) agree on an intelligence gathering operation, the first phase of the bloc’s response to the burgeoning migration crisis in the Mediterranean, but military action against people smugglers will depend on the support of Libya’s National Unity Government and the United Nations.

Ministers will agree in Luxembourg to work together to get strategic information as a prelude to planned-for missions against people smugglers to “destroy their business model”.

But those operations, which could include military action, will not happen unless there is a United Nations resolution supporting them, according to EU diplomats.

Smugglers are charging migrants fees before putting to sea in unsafe boats, mostly from Libya. They leave the vessels in the water to be picked up by European border forces. Maritime law obliges patrolling vessels to rescue people in trouble.

Italy, Greece and Malta are bearing the brunt of the crisis. In April, EU leaders agreed to double the size of its Mediterranean search and rescue operations. They will discuss the migration crisis at their summit in Brussels on Thursday (25 June

The intelligence phase can go ahead without the UN’s permission. The exact nature of second and third steps still needed to be refined and defined, an EU diplomat said.

The intelligence-gathering would inform that, the diplomat added.

Russia will only support a UN resolution, if the EU can secure the agreement of Libya’s National Unity Government, the diplomat said.

Civil war wracked Libya’s government will meet this week. If a letter of agreement is backed, it could mean other phases of response could be rolled out before summer.

There had been positive signs that the National Unity government would agree, an EU diplomat said, but military action would not go ahead without a UN resolution.

Several EU member states would only support the move with UN backing, which made it imperative, a diplomat said.

International organisations estimate tens of thousands of African and Asian migrants are likely to attempt the journey per month, mostly from Libya. Last year, the death toll eventually reached 3,200.

Where refugees should be settled after rescue is controversial. EU diplomats said the resettlement issue “was no longer an issue” but would not say which countries had agreed to take in refugees as part of a move towards sharing out the exodus of people across the EU.

At their last summit, leaders discussed a pilot project to resettle 5,000 to 10,000 refugees from Mediterranean countries in other EU states, the senior diplomat said.

But, despite European Commission President Jean-Claude Juncker’s intervention, that was watered down to a first voluntary pilot project on resettlement for those qualifying for protection.