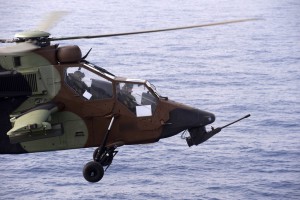 The European Union has drawn up plans that could involve military attacks in Libya to try to curb the influx of migrants across the Mediterranean by targeting the trafficking networks. It is to launch a bid on Monday to secure a UN mandate for armed action in Libya’s territorial waters.

Britain was drafting a UN security council resolution to mandate the mission, said senior officials in Brussels, which would fall under Italian command, have the participation of around 10 EU countries and could also drag the Nato alliance in.

On Monday Federica Mogherini, the EU’s chief foreign and security policy co-ordinator, is to brief the UN security council on the plans which aim to “destroy the business model of the traffickers” by targeting the vessels used to send tens of thousands of migrants from sub-Saharan Africa and the Middle East on the short but highly risky voyage from the Libyan coast to the shores of southern Italy.

Recently returned from Beijing, Mogherini believes the Chinese will not block the mission in the security council and senior officials involved in the preparations are also confident that Russia can be persuaded against wielding their security council veto despite the Ukraine conflict.

The Italian government, which is leading the drive for military action and would command the mission, which would be headquartered in Rome, said at the weekend that the Russians were “ready to co-operate”.

The Royal Navy flagship HMS Bulwark currently based in Malta to take part in search-and-rescue operations in the Mediterranean, would be involved in the proposed campaign to identify and destroy the vessels used by the traffickers to smuggle people from Libya to Europe.

Following intensive talks over the past week in Brussels, six EU states including Britain, France, Spain and Italy have committed to taking part, with several more expected to offer participation. All 28 member states are said in Brussels to support the proposed campaign.

Separately from the push in New York for EU military action, Brussels is also calling for new and binding rules establishing a quota system of sharing refugees among the EU’s 28 countries.

The European commission is to unveil a new European “migration agenda” on Wednesday that contains the controversial and highly divisive proposals, pushed by Germany and rejected by Britain and east European countries.

“The EU needs a permanent system for sharing the responsibility for large numbers of refugees and asylum seekers among member states,” says the commission proposal obtained by the Guardian. By he end of the year Brussels is to table new legislation “for a mandatory and automatically triggered relocation system to distribute those in clear need of international protection within the EU when a mass influx emerges”.

On Friday Viktor Orban, the prime minister of Hungary, described the commission proposals as “mad” and pledged to defy Brussels.

“The European concept of ‘someone letting immigrants into their country’ and then ‘distributing’ them among the other member states is a mad and unfair idea,” he said.

The commission paper also says there must be “safe and legal ways” for migrants “in need of protection” to reach the EU, a policy strongly opposed by the British home secretary, Theresa May.